In last week’s varsity football win over South Lyon East, junior RB/DB Jacob Miller was responsible for a majority of points on the board for the Rocks.

“Going into half time, Jacob already had 4 TDs on the books. We decided as a team that we wanted to get him the record. The decision really rallied the players together and Jacob would tell you that each of the six touchdowns were a team effort. I’m proud of how hard he ran Friday night.” 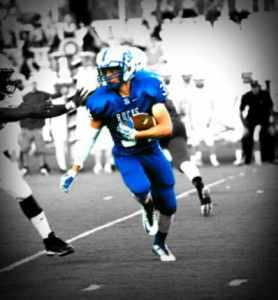