Carlie Postal will be the next student-athlete to be spotlighted! She is currently a junior and a member of the Salem Volleyball team. Carlie has been playing volleyball since she was eight years old and and has loved it ever since! Personally, she has focused this season on her passing and defense. Salem Volleyball has been working hard to get better every day. They are steadily improving their skills and have been looking better in every game. Carlie’s favorite part of the season has been getting to work out at Barwis Methods every week. This helps the team to bond while they push themselves to become better, stronger athletes. Before a game, Carlie and her team get pumped up listening to music. The toughest part of their season has been competing as a unit. It’s important for everyone to be on the same page and in the same mindset when they step out on the court together. The biggest victory so far this year was against Franklin because they competed and worked well together as a team. The Rocks have a huge game tonight against Canton, a park rival. Everyone is looking forward to playing in such an exciting game. Carlie’s favorite part of Salem Athletics is all of the athletes supporting each other, so come out to Canton tonight to cheer on your Rocks! 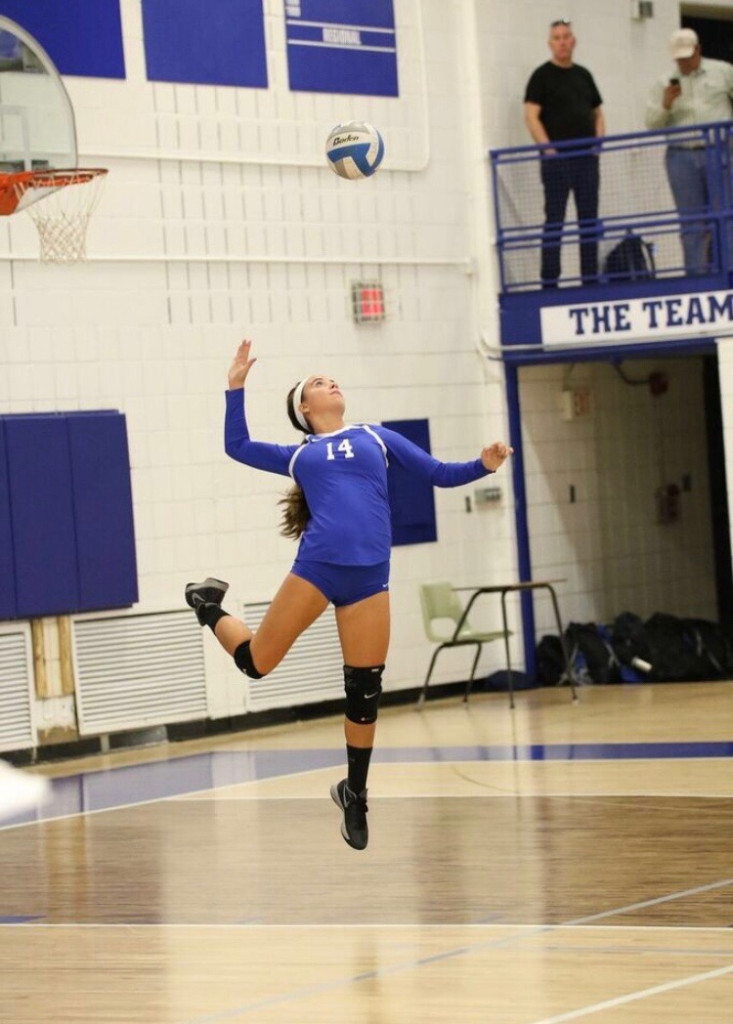