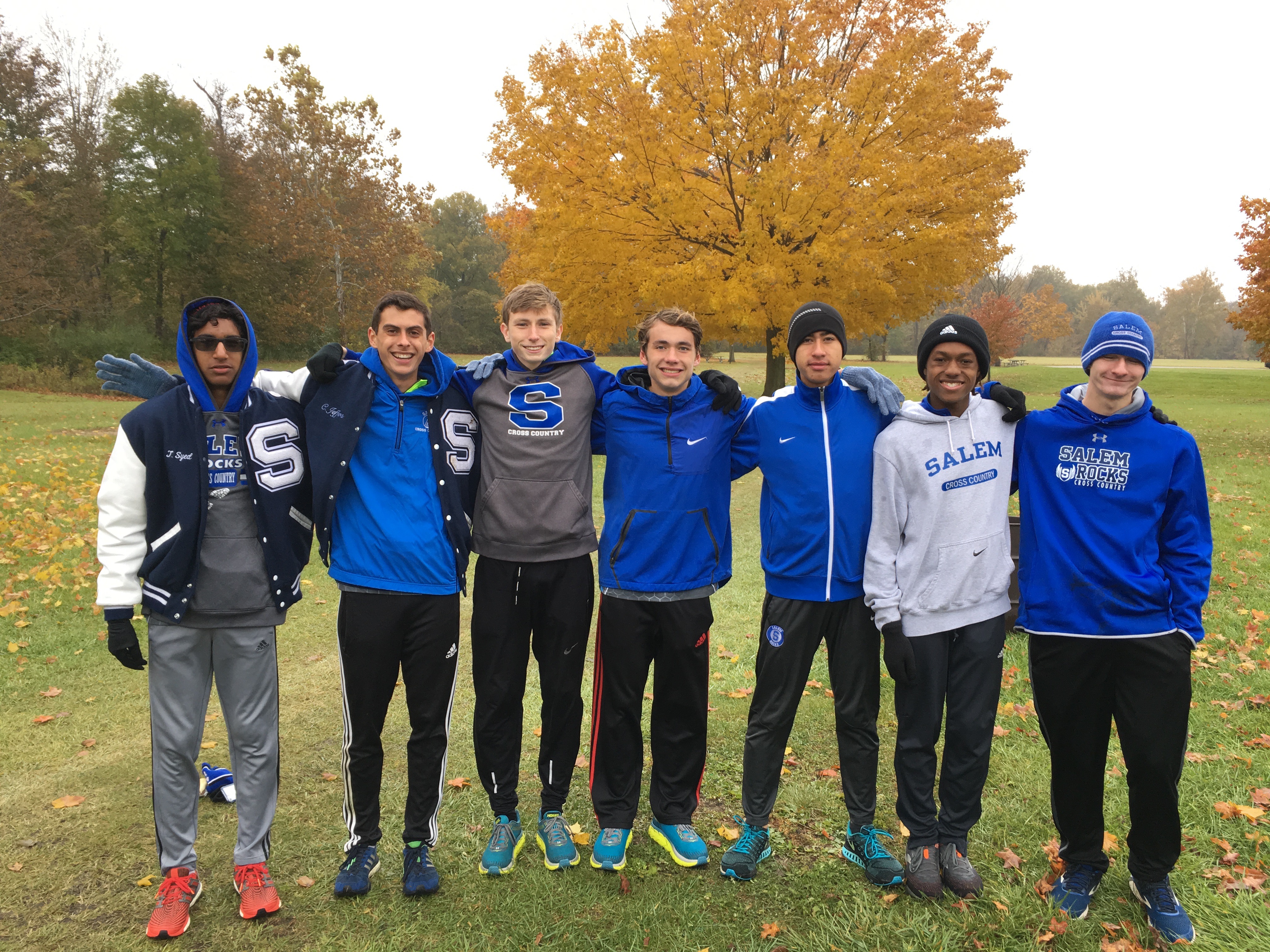 The Boys XC team finished 2nd place at the Regional Championships on Saturday to qualify for next weekend’s State Championships. As has been the case all season, the Rocks were led by senior Luke Haran who ran 15:58 to finish 5th individually, earned all-region honors for the second time in his career. He was closely followed by sophomores Hezekiah Williams (12th, 16:21) and Talha Syed (14th, 16:23) who both also earned all-region honors. Seniors Christo Jeffers (17th, 16:34) and Shane McKimmy (31st, 16:50) closed out the scoring for Salem. Sophomore Evan Wheeler (52nd, 17:15) and junior Bryce Paine (64th, 17:37) rounded out the varsity seven.

We ran a very competitive race, getting out a bit faster than we are used to as typically is the case with championship-style races. Haran, Williams, and Syed settled themselves in the 10-20 range in the early stages of the race and methodically and intelligently moved up as the race progressed. The “Man of the Match” was Jeffers, who moved from 26th to 17th in the last 1000 meters alone while running the fastest time he had in a long while (16:33). Senior Shane McKimmy, consistently running in the low-16:50s did it again, closing our scoring with his 31st place finish. Sophomore Evan Wheeler ran a new lifetime best of 17:16 as our #6 and junior Bryce Paine gutted through the last mile to run 17:37.

The final meet of the 2018 Cross Country season is next Saturday at the State Championships, held at Michigan International Speedway.