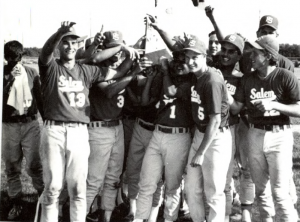 “Salem had a pretty well rounded team and got hot in the tournament. I remember Ed Gundry hit a homer to straight away center field for a two-run homer in the state championship game. Scott Niemiec also hit a home run in MHSBCA All Star game at Tiger Stadium.”