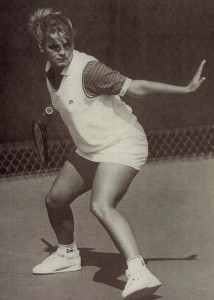 Athletic Scholarship to the University of Wisconsin

“Chris was a leader and was considerate and understanding of those of us that were not quite as talented as she was. She clearly love the game but wanted the same for her teammates. To watch the dedication in her eyes was admirable.”