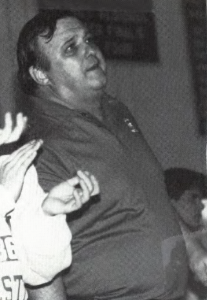 Ron Krueger was a colleague and friend whose dedication and loyalty to Salem High School was amazing to see in action! He was a highly valued assistant to Tom Moshimer’s Salem Football Teams during their glory years of the 1970’s. But it was his true passion for Salem Wrestling that made Ron so very valuable in the eyes of so many. He was, indeed, the “sculptor” and driving force in establishing Salem High School as one of the premier wrestling programs in the state of Michigan. The love he had for his wrestlers, but more importantly the love he had for his family made Ron such a memorable figure in the hearts of those who knew him well.

“Ron and I began our careers together on the same little league team at 10 years old. We played high school sports in Sandusky, Ohio, attended       different colleges but were fraternity brothers, and finally taught and coached together at Plymouth-Salem. I’ve never had a better life-time friend. The stories about Ron are famous. He still brings smiles and   laughter to all those who knew and loved him.” 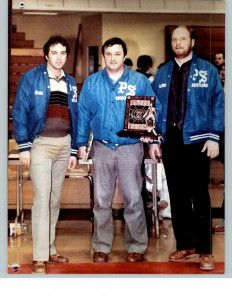 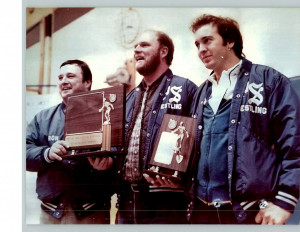