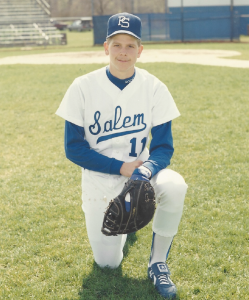 Sixteen years in the MLB

“Tom Davey as a high school pitcher was one of the most imposing sights you would ever see on the mound. If we (Canton) knew we were going to face Tommy, we knew it was going to be a long afternoon. He took pride in doing everything well. He was loved by his teammates, feared and respected by his opponents.” – Mark LaPointe, Former Canton Baseball Coach