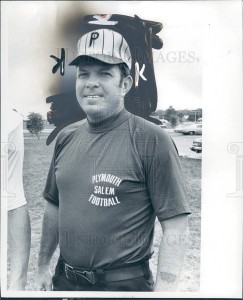 Lead Salem to their first State Championship in football in 1974

Inducted into the MHSFCA Hall of Fame in 1985

1989 recipient of the “Jim Crowley Award”

Served as President of the MHSFCA

Bo Schembechler and Bear Bryant both referred to Coach Moshimer as “one of the most knowledgeable coaches of the wishbone offense in the country. “

“Tom was a hard coach, but he was a fair coach. He loved the game and he cared deeply about his players.” – Jim Jarvey 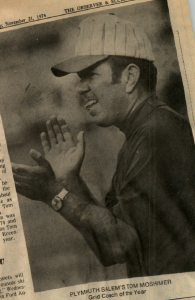