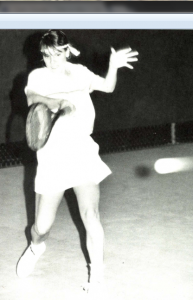 Played Collegiate Tennis at the University of Wisconsin

“Salem has never had more dominant tennis players (than the Gilles sisters) in singles or doubles, either female or male.”